October 1, 2022 has been declared Knauss School of Business Day in the City of San Diego, the office of San Diego Mayor Todd Gloria ’00 (BA) announced last Saturday during a grand opening celebration of the Knauss. Center for Business Education.

“The mayor is a proud SHU alumnus and it was wonderful to have him proclaimed Knauss School of Business Day,” said SHU President James T. Harris III, DEd, after the ‘event. 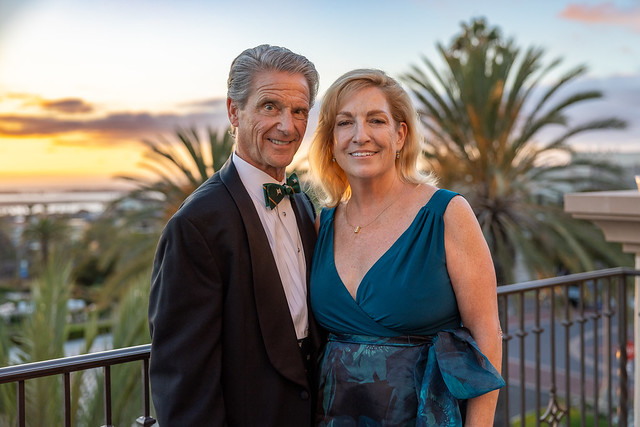 The evening ceremony included several speeches, an impressive laser light show projected onto the front facade of the building and tours of the new facility, which opened as the new headquarters of the Knauss School of Business following a inauguration ceremony August 4. In attendance were SHU trustees, trustees, donors, community partners, representatives from the mayor’s office and, of course, Don and Ellie Knauss.

University of San Diego Chairman of the Board of Trustees Don Knauss, the former CEO of Clorox, and his wife, Ellie, donated $50 million not only to fund construction of the new facility at 120,000 square feet, but also to name the Knauss School of Business.

“Don and Ellie, we are honored to have the Knauss name on this beautiful new building, as well as our business school,” Harris said during his speech. “We thank you for your generosity and, more importantly, for your commitment and belief in the power of education to change lives and society.”

“Tonight is the culmination of Don and my core belief that education is the great equalizer,” Ellie Knauss said.